Jane takes some of the toys she bought in part four to the Gents toilets to experiment with them. Still naked in the Gents’ toilets, Jane attempts to pee for our camera in a variety of poses as members of the public look on in astonishment and proceeds to have public sex with bystanders. 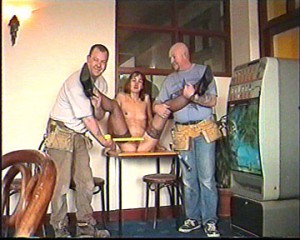 Unbelievably, in the last part of this film, Jane manages to convince mature Northern lass Judy to join in with her games in the Gents’ toilets and they proceed play with each other for some public lesbian intimacy. 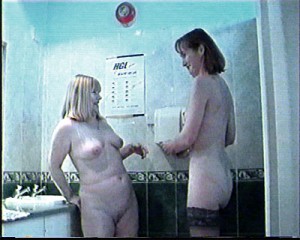