You are here: Home / amateur babe 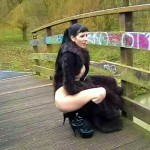 Skinny goth pissing in public for tattooed amateur flasher Thorn in exhibitionist nudity outdoors and crazy wet pee games in a park. Voyeurs delight as gothic emo drops her clothing to go naked in public and take a piss outdoors. At the call of nature the embarrassed amateur babe pisses on a bridge in the […] 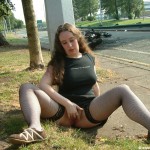 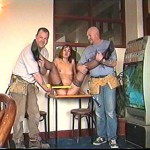 Jane takes some of the toys she bought in part four to the Gents toilets to experiment with them. Still naked in the Gents’ toilets, Jane attempts to pee for our camera in a variety of poses as members of the public look on in astonishment and proceeds to have public sex with bystanders. Unbelievably, […]