You are here: Home / Nude In London 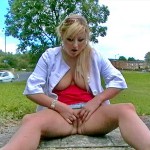 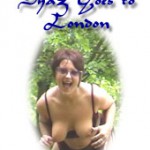 We took the irrepressible Scottish beauty Shaz to London for the day on a sunny Friday afternoon. The nation’s capital may never recover! The day starts in Regent’s Park where Shaz strips off her street clothes to change into sexy lingerie, much to the bemusement of onlooking walkers, joggers and a nearby cricket match. Finally, […]